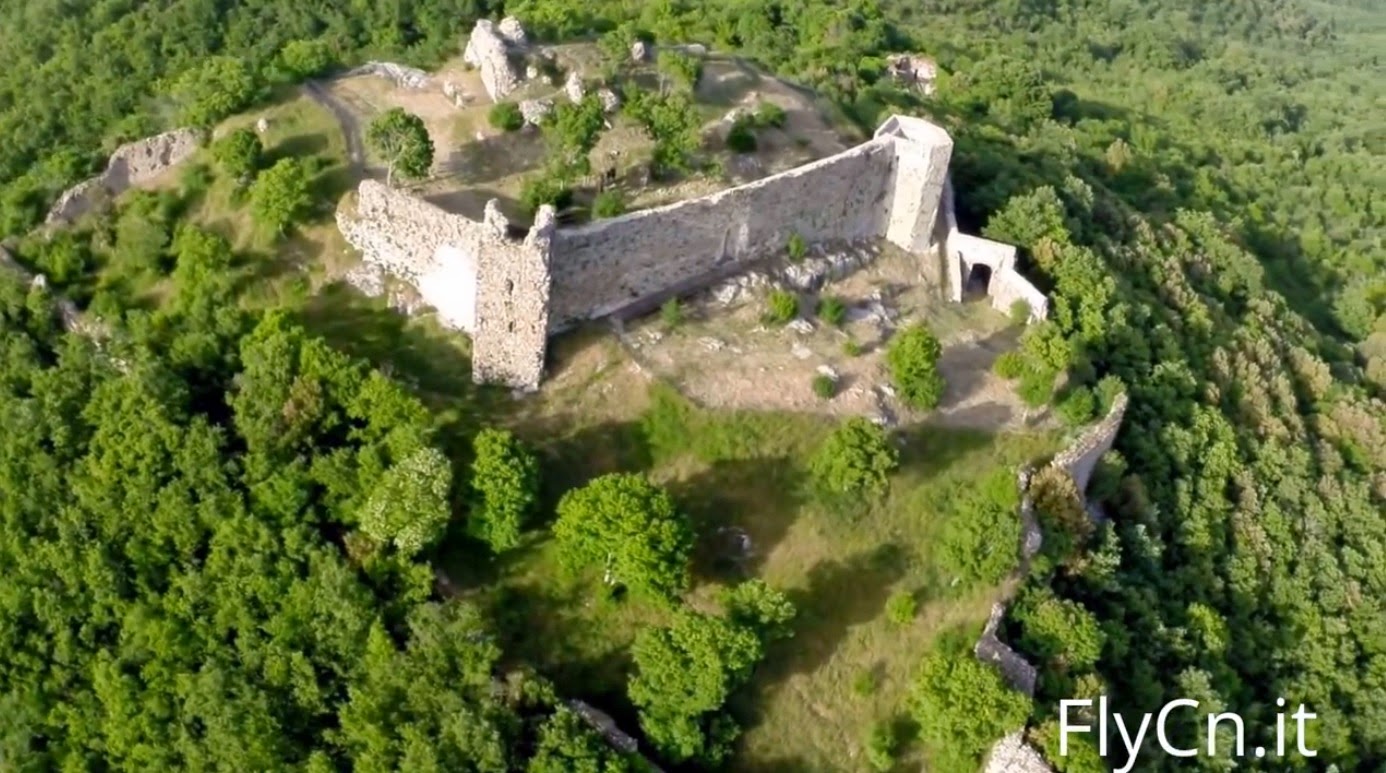 The Fort of Pietracassia can be considerate one of the most important high medieval monuments in the province of Pisa. The big limestone, at 550 meters above sea level, controls the street that connects Valdera with Valdicecina.

From an open fissure comes the name ‘Pietracassia’. In 1115, the fort was purchased by Ugo Pannocchieschi, and in 1202 the territory and the fort was conquered by the Pisans.

It remained under Pisan control until 1286, when it was given back to Volterra.

In 1405, the traitor Pietro Gaetani gave the Pietracassia Fort and other castles in the Valdera to the Florentines.

At that time, there was a chapel dedicated to San Bartolomeo in the castle.

In 1434, Florence destroyed the castles of Pietracassia, Orciatico and Lajatico following a series of revolts by the local peoples.

From that moment onward, the Fort would be known solely as a part of the Spedaletto Property.

The fort features a fortified wall with towers at all four corners. The wall extends along the southern side of the fortification complex, and the north side is protected by a cliff, making it impossible to impenetrate from the north.

The plan of the fort is square, and at each angle there are watchtowers. There is only one entranceway. Inside the fort, there are rooms where the troops slept and ate. The fort surveilled the territory from the Pianura Pisana and the Verruca at the north to the Sillana Fort at the south The Pietracassia Fort is one of the best examples of military architecture in the area from the late Middle Ages. It dates back to the 17th or the 18th-century, and is one of the first barbaric castles in Tuscany.