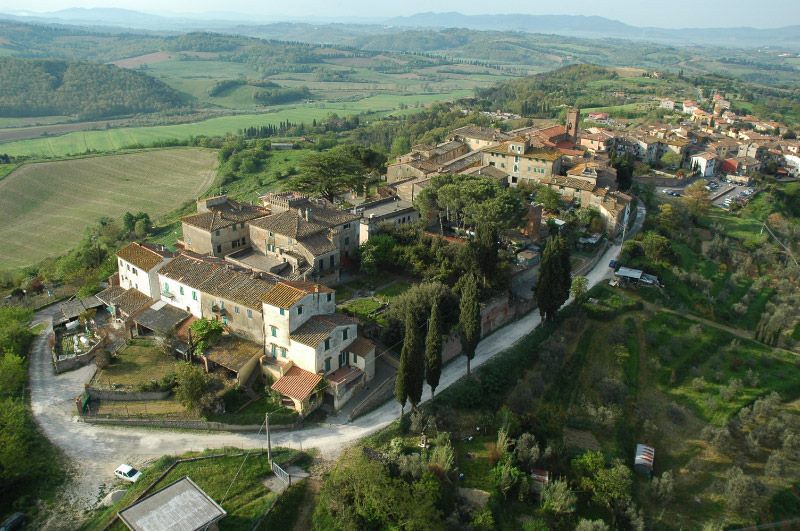 Montefoscoli is situated on the top of the hill at west there is the rio Tosola and at south il Roglio.

The hamlet is organized to form a long salient suburb. The modern part is at the lower entrance, the ancient entrance is on the top of hillock, where exist the parish church, and where was her stronghold. The unique ruins of the ancient castle is a tower in a garden. 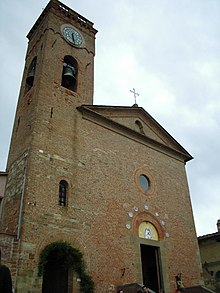 Emanuele Repetti inform us that Montefoscoli was a castle with a parish church, and than it was the administrative center of jurisdiction. In XIX century it was under the jurisdiction of Peccioli, in the community of Palaia, Compartement of Florence.

Nobody wanted to verificate the document mentioned by Tronci in his Annali pisani relatively to the gift of Montefoscoli done in 1101 from the countess Matilde to Foscolo Scarpetta, he is the author of “casa Griffi”; analyst slanted to believe that the castle of Montefoscoli took his name by his feudatory. In others documents Montefoscoli is mentioned and they guaranteed his name with the same name of now.

BETWEEN PISA AND FLORENCE

The Pisan chartet in 1384 put in the hamlet the residence of a judge, appealed Capitan of Val d’Era.

After Montefoscoli was subtracted by the Florentine troops, they controlled it. But it was conquered again by the Pisan troops, they having returned in Val d’Era with their capitan and authority C. Guido.

Downfall of Pisa this castle and others of the same valley they subdued to the Community of Florence, when Carlo VIII arrived in the hamlet in 1494 the citizens rebelled to Florence, they submitted under the obedience of him.