Baj encapsulated freedom, science and technology in just an artwork

Baj’s wall, inaugurated in  2006, is the artist’s last artwork, founder of “Nucleare” movement. In 1951 Enrico founded in Milan the Nuclear Movement, with the goal to study and analyse the relations with science, art and technology. These polycromatic playful collages located along Viale del Risorgimento represent the mechanics to which it risks to be reduced the man.

The artwork starts with an esaltation of the value of the painting and freedom with the following sentence “Painting is a road that I chose towards freedom. It is a pratice of freedom”. Paople have construed  as a symbol of wanderlust, of moving away.

In 2003 Baj sent to the mayor of Pontedera the project composed of 11 collages. Sketches are visible nearby the wall, at Centro per l’Arte Otello Cirri. 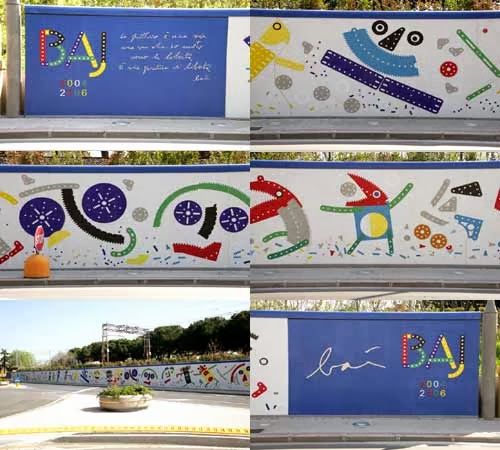