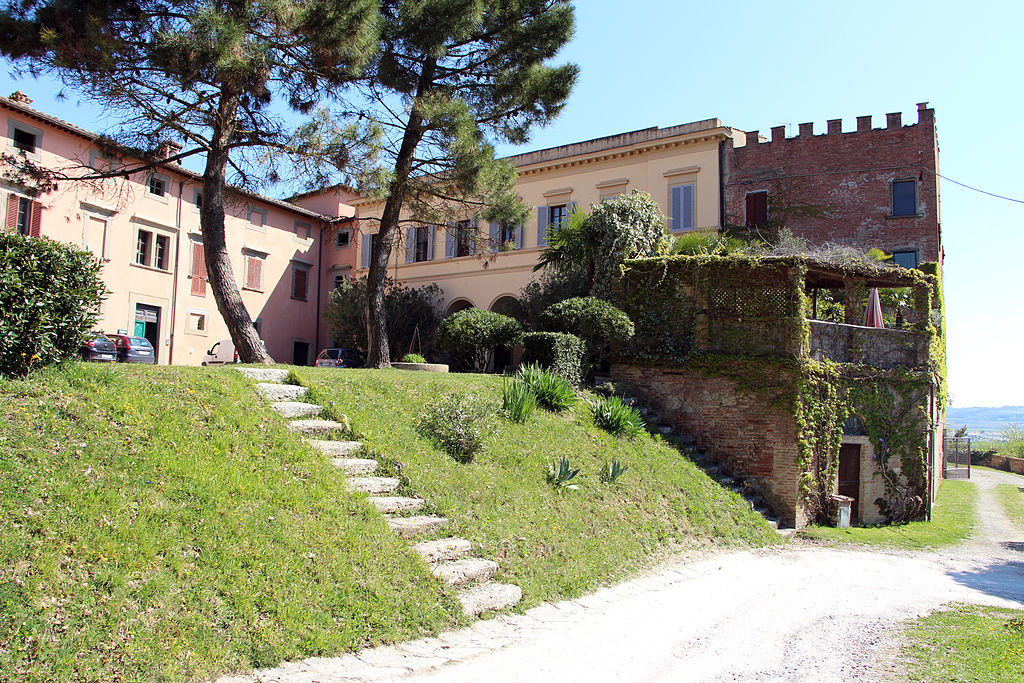 The Villa Baciocchi was built in the place where the ancient nucleus of castle developed itself, it have the High Baroque style and neoclassical style. It was completely restructured in the middle of XVIII century by the Senator Alessandro Orazio Pucci.

In 1833 the building was bought by the Marquess Baciocchi, as remember the inscription on the architrave of the access gate. of that new owner remain few testimony of paintings at mural tempera, where are recognisable by the Count Felice Baciocchi and his consort Elisa Bonaparte, sister of Napoleone Bonaparte. In the various squares that they remake to the tradition of painters of 1700, there are also represented some buildings belonged to various noble families of Lucca and Pisa, the they were owner of Villa. Between these the Della Gherardesca, and the Ludovisi, the Gambicorti, the Pucci.

Today the community is the owner of Villa Baciocchi and it house a Zoological Museum and a Center of Archeological Research.

There is also an ample park annex to the villa that isolate the villa from the residential area, thanks to the trees. The garden is date back to the second half of 1800s when the Baciocchi entrust the reorganization of practicability, of the entries, of the enclosures and furnitures to Luigi Bellincioni, he studded the park with a series of plus varied stylistic characters: little aedicule with panoramic frescos, and neo-gothic buildings.

Today the park contain 160 rare botanical species, and some of them are centuries-old, they come from various parts of the world. Each plant was classified and you can read his characteristics in a sign fixed at his feet. The centuries-old plants are particularly important like the giant redwood, the bamboo and the taxus.