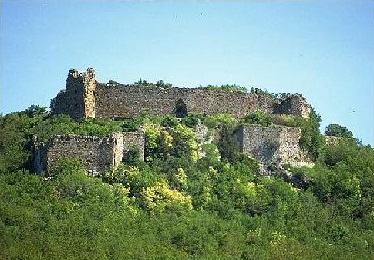 The Rocca di Pietracassia was raised in a big calcareous rock, it’s characteristic for his fissure.

It was built for guard the commercial line between Lajatico and Montecatini. The precise date of construction is unknown, According to some writers the construction was built in Langobardic era.

The citizens of Lucca and the citizens of Florence had defeated the Republic of Pisa in battle of Meloria, They had the control of Rocca and other castles in Valdera.

Thanks to influence of the emperor Carlo IV, the building returned in possession of Volterrana diocese in 1355. In 1405, after a siege by Pisa, the captain Pietro Gaetani delivered it to Florence. After three years the rocca was conquered and dismantled. Now it’s abandoned