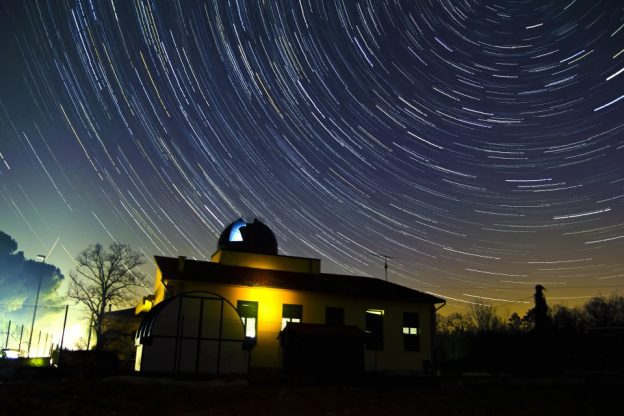 History of the astronomical observatory

The observatory was inaugurated the 5th september 1999.

The Group has been formed in 1992, when after years of experiences osservative singly effected, it was born by the will of reunite in a single association.

The group conduct a didactic activity, they conduct an observational activity.

The didactic activity is developed in Santa Maria a Monte and neighboring hamlet, for example Peccioli, They have worked to the restoration of school.

In 2000 the Astrofili group has changed his denomination in “ASSOCIAZIONE ASTRONOMICA ISAAC NEWTON”.
The association has in management  the ASTRONOMICAL OBSERVATORY OF TAVOLAIA it is seated in the territory of Santa Maria a Monte.

The observatory has in equipment:

On the ground floor of the observatory are to disposition two conference rooms for the public and for the schools.

It is also active a fixed placement in the council area of Santa Maria a Monte, It mention: ASTRONOMICAL STATION ” BS-CR ” of Mauro Bachini, It is equipped with a Newton reflector of 250 mm and room CCD Seti 245.

The Astronomical Observatory of Tavolaia is open to public the second and fourth Thursday of month at 21:30.