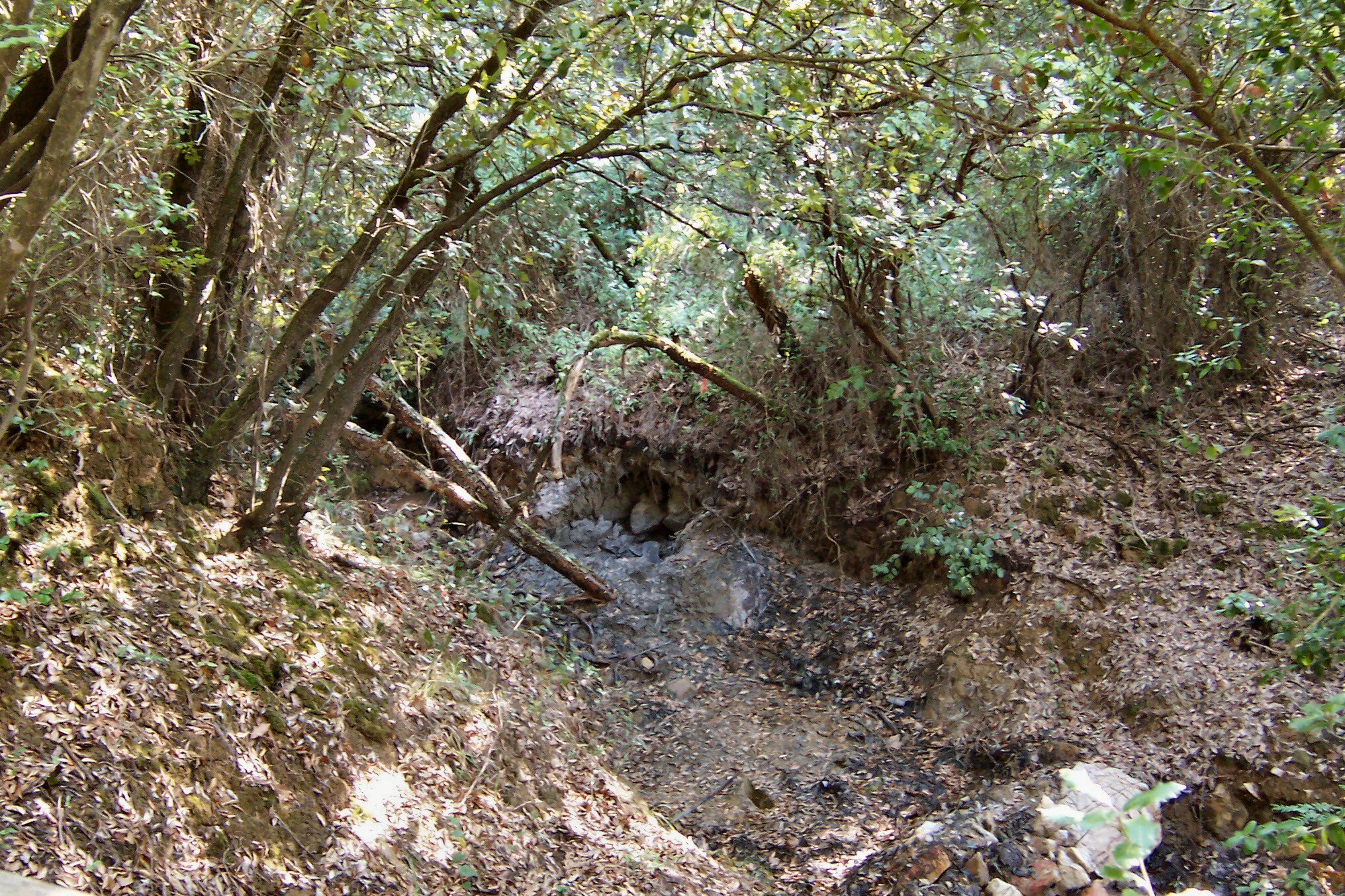 The Mofeta of Borboi
The study of the ecosystems of the mofetes – the spillages of carbon  dioxide from volcanic rocks is began some years ago, It has led some scientific results and it has reevaluate the natural environment.

In particular the Mofeta of Borboi in the neighbourhood of Orciatico has led a numerous groups of scientist from all over the world.
It is interesting because it allow to appreciate the realistic effect of carbon dioxide in the future.
The Mofeta is about 1 Km in North of Orciatico, It’s visitable and reachable from a path.

Type of path: enviromental, naturalistic, scientific
Lenght: 1,4 Km from the North of Orciatico, 5,5 Km from the South of Lajatico
degree difficulty: easy Time taken: from the provincial street to Lajatico 15 min. on foot