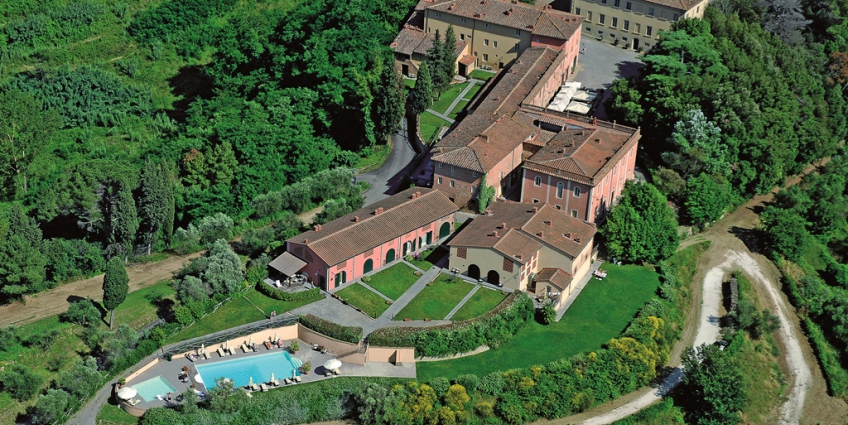 Colleoli is an hamlet of the community of Palaia, it is located in the province of Pisa.

The origins of Palazzo at the hamlet of Colleoli go back to high medieval. The construction was made by Legoli, they were lords of the castle of Colleoli with the Agostini.

In 1494 the citizens of Legoli obtained the citizenship of Pisa thanks to Andrea di ser Betto and of Giovanni Maria. The emblem of Legoli is still visible in the Palazzo on Toselli street on the corner of Garofani streeti at Pisa.

Numerous documents guarantee the structure of building, they describe the numerous buildings built in the estate from halves of XV century, it was built a furnace for the refinement of nitre. The nitre was used for the production of gunpowder, the citizens of Pisa used it for the siege against Firenze of Vicopisano and they also used it for the cooking of the decorations in cotto tile for Palazzo dell’Ussero at Pisa.

In 1293 the Agostini were obtained the citizenship thanks to sir Bacciameu. The emblem of Agostini is visible at the principal entrance of villa and of the church of hamlet: di rosso al capo d’azzurro, caricato di tre stelle di otto raggi d’oro. In 1921 the property of Colleoli was alienated to Ogna’s family by count Alessandro di Alfredo Agostini.