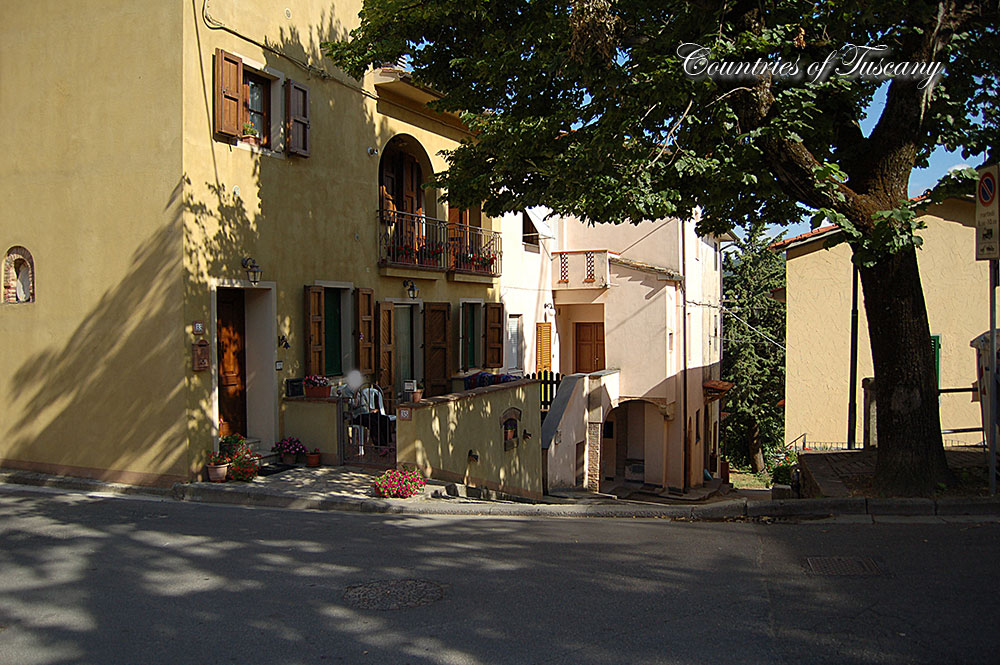 Collemontanino, ancient castle of Cadolingi of Fucecchio, is mentioned for the first time in an act of donation in 1098 at the abbey of Morrona from the sons of the count Ugoccione Cadolingi, Ugo and Lotario. Later it passed to the Upezzinghi of Pisa, the hamlet is remembered again for a document of 22 november 1148. This date was the day when the pope Eugenio III confirmed the estates of abbey. In 1152 the abbot Jacopo of Morrona sold a part of it to the archbishop Villano Villani of Pisa. In 1393 it passed to the marquess Niccolò of Montescudaio.