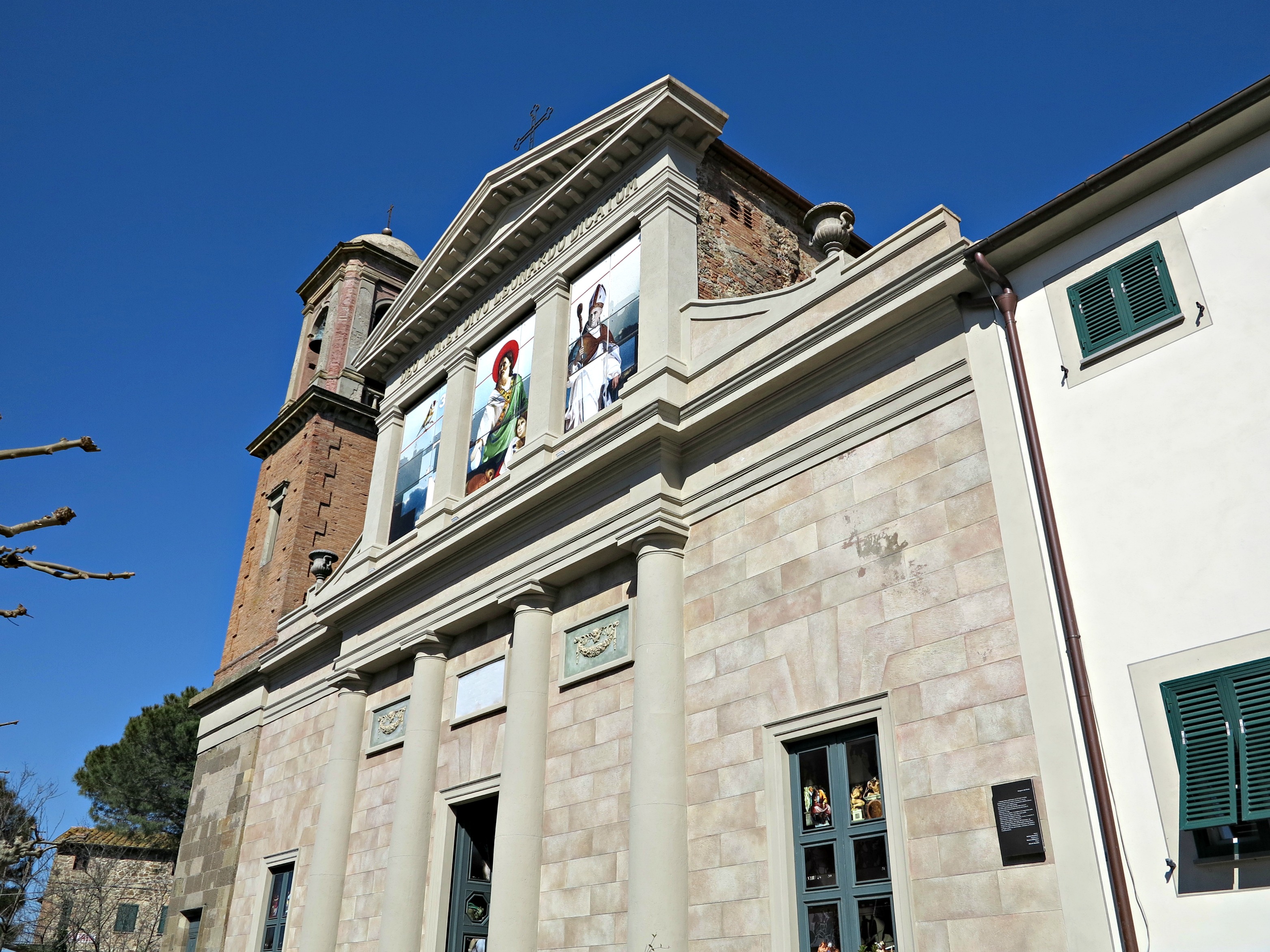 Dedicated to the holy Occitan San Leonardo of Noblac (whose worship is also practiced in the nearby village of Lari), its origins dates back to the 13th century, but the church was rebuilt in the nineteenth century when, on the design of the architect Angiolo della Valle , Important restorations were made to imprint neoclassical forms; The work was carried out between 1853 and 1856. The facade dates back to 1925 and is flanked by a bell tower built at the end of the nineteenth century. During World War II the building was damaged; The major altar, destroyed, was replaced in 1957.

The interior has three naves, with the central one covered by a barrel vault.