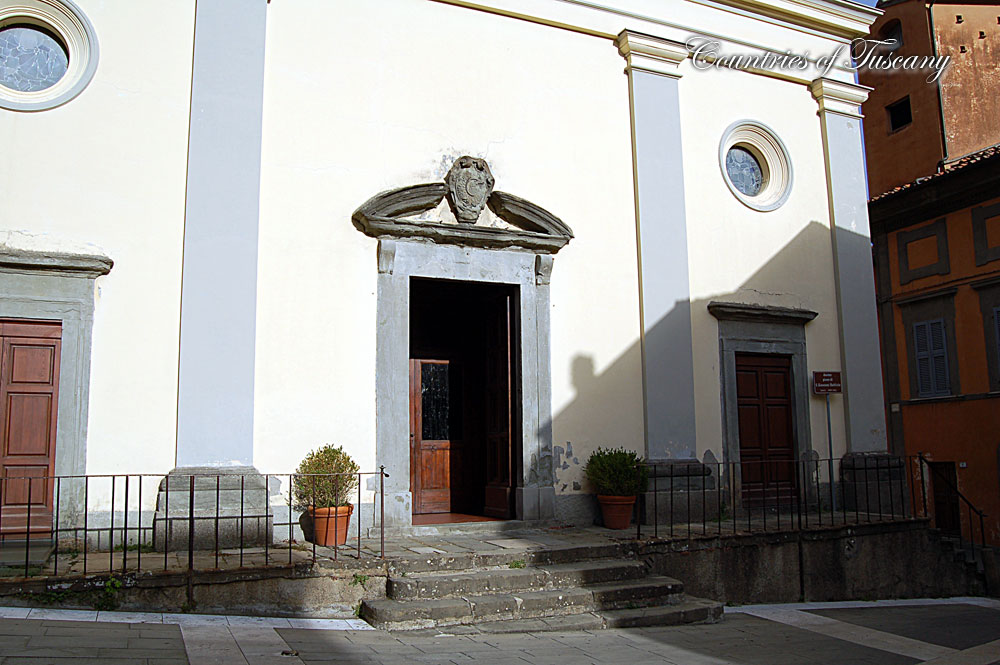 Eighteenth-century reconstruction of an ancient church attested by a “Bolla papale” of 1193, the building was restored in 1946. The interior, with a single nave, is completed by three apsidal chapels. In one of these are kept the relics of Santa Ubaldesca Taccini from Calcinaia. It lived between 1136 and 1208, celebrated on the fourth Sunday of May. Among the preserved works there is a fifteenth-century wooden sculpture depicting the sorrowful Maddalena, and two precious Angels of the school of Andrea della Robbia. In controfacciata, behind the chorus, the recent murals dedicated to the patron saint by Enrico Formaini stand out.

The church bell tower was deeply restored in the second half of the Twelve years.