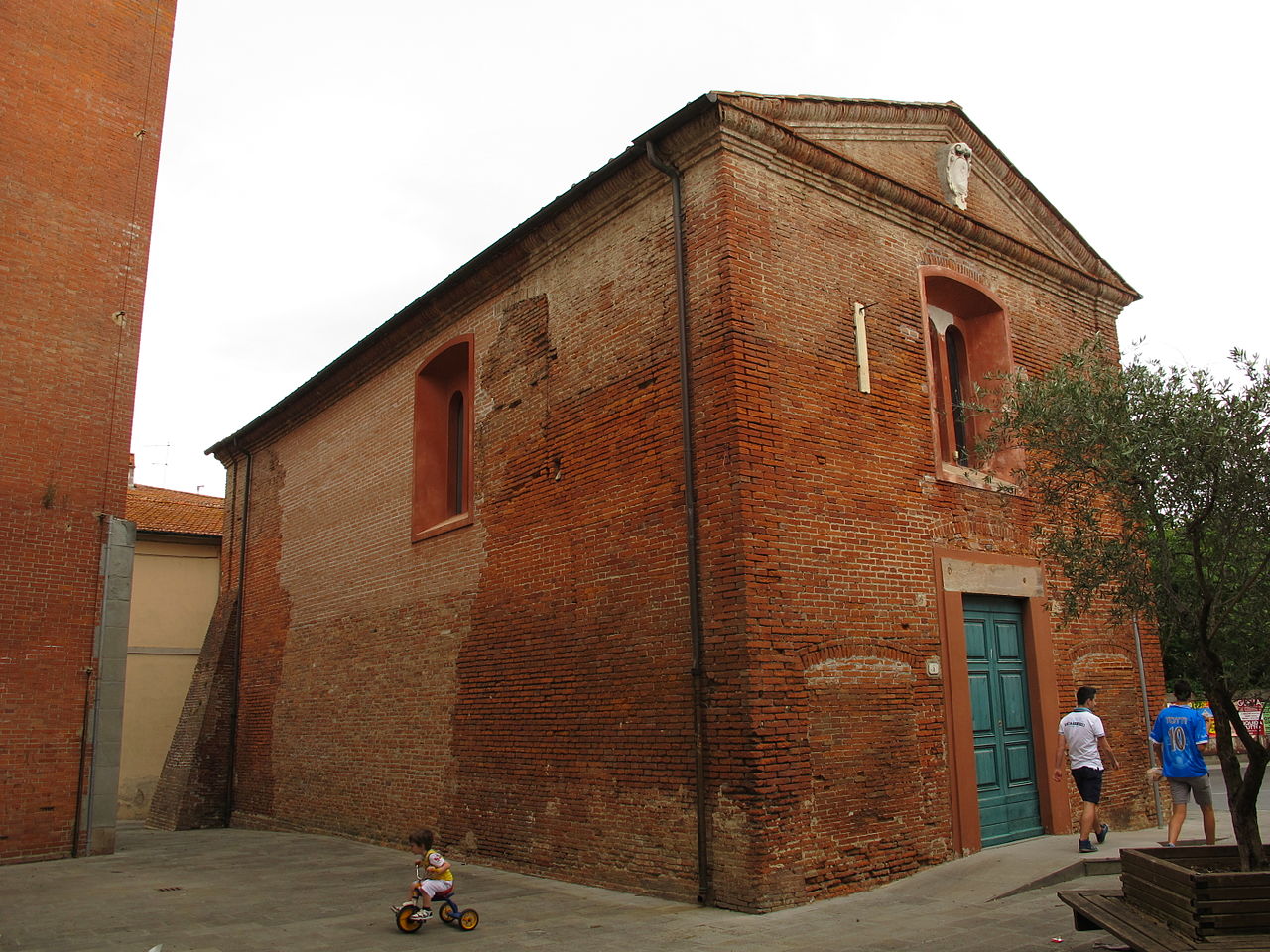 The church of San Domenico was built in the first half of the XVII century starting from 1621 outside the medieval walls. Completely built in brickwork with a simple façade completed by triangular tympanum on a pre-existing chapel dedicated to the Madonna del Rosario. At the center of the gable, in white marble, the ancient coat of arms of the town of Bientina. Severely damaged by the bombardment of the bell tower during the last world conflict, it was reconstructed and restored in 1994. Inside, in a single classroom, there is a painting by the painter Aurelio Lomi of 1603, depicting the “Last Supper”. From the church of Santa Maria, a magnificent residence for the Sacred Sacrament of the eighteenth century, restored in 2016 and a marble monument dedicated to the fallen of the First World War of 1924. To the left of the building stands the high bell tower, Also called Tower of the Belvedere, rebuilt in 1978.

It is one of the Tuscan Churches where the Tridentine Mass is celebrated.