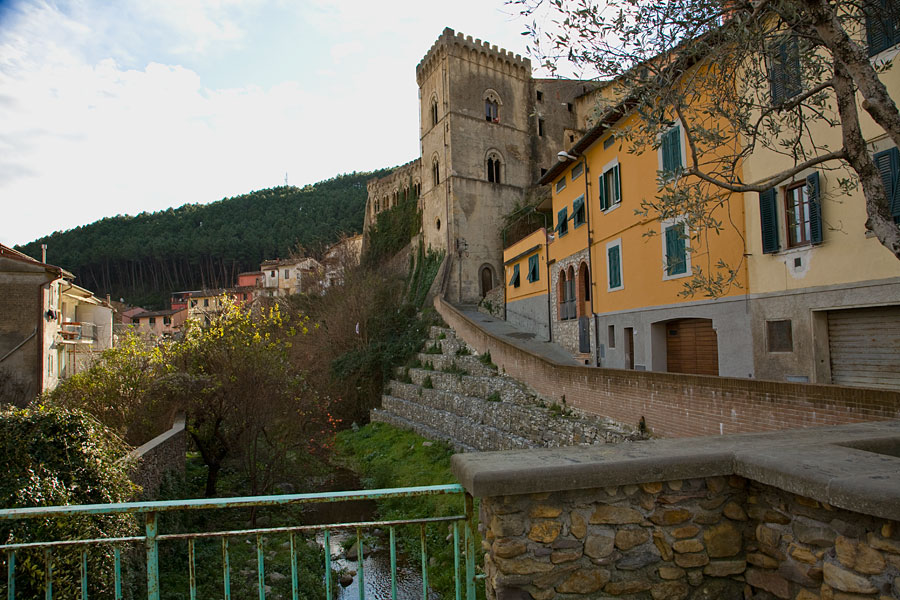 The castle of Nocco took his name by Nocco Bonfigli, because he defended the hamlet in XIV century. He substituted the two strongholds that in the medieval they controlled the road between Buti and Vicopisano. Castle of Nocco indeed was part of an ample difensive system of the territory. It was aligned at east with castello di Sant’Agata, at west with the fortification of Monte Roccali. Today we can see only the rests of this fortification, they are only an accumulations of stone. The hamlet has increased the characteristics of the medieval hamlet, but of the city wall remains only the foundation.

Between the ruins of medieval church dedicated to San Michele Arcangelo, it was rediscovered in XIX century a tombstone with the sign Ara Cerasi, it made suppose the presence of an ancient temple of Cerere, roman goddess of Mass. From the ancient religious building are still visible the perimeter stone wall, they surround the lateral stone altars and the zone of presbytery.