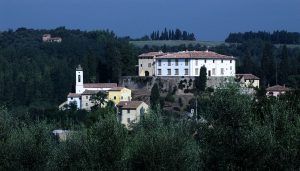 Alica is an hamlet of the community of Palaia, it is located in the province of Pisa.

His name seems to be attributed by the aspect of ancient farms of Triticum. Alica sure enough is the latin term of spelt, they were grown since the antiquity and used by Romans.

The first sources of the hamlet are date back to 980, when Guido Vescovo of Lucca ceded middle of his salary to San Genesio. It was under the jurisdiction of the Badia of San Casciano in Carigi, with the pontifical bead of Lucio III.

In 1209 it was granted the feud to the bishops of Lucca by Ottone IV, and it was confirmed by Carlo IV.

During the 1300 the Gambacorti’s family acquired many goods. During the insurrection of Pisa against Florence Alica was occupied and looted by the military of Florence.